THE STEN SERIES
By Allan Cole And Chris Bunch 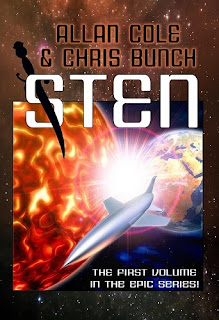 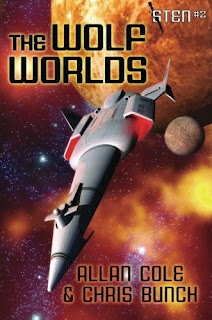 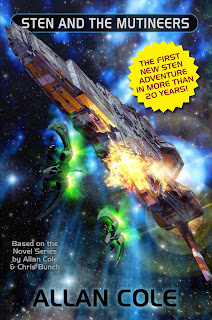 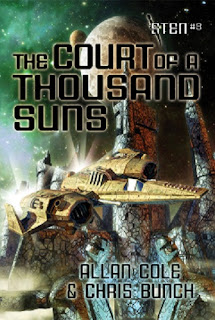 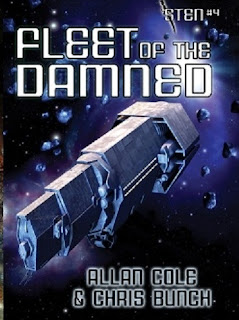 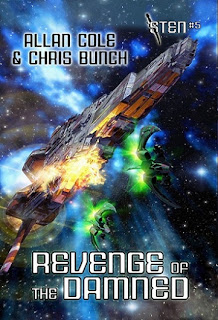 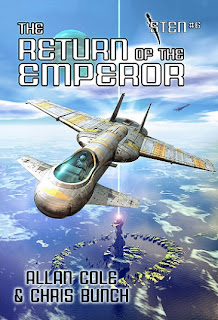 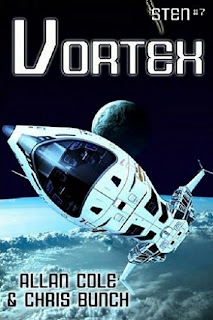 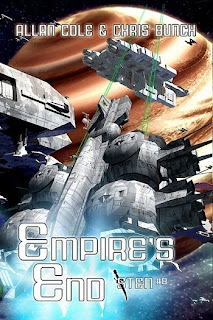 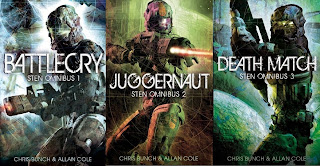 The entire 8-novel landmark science fiction series is now being presented in three three giant omnibus editions from Orbit Books.  The First - BATTLECRY - features the first three books in the series: Sten #1; Sten #2 -The Wolf Worlds; and Sten #3, The Court Of A Thousand Suns. Next: JUGGERNAUT, which features Sten #4, Fleet Of The Damned; Sten #5, Revenge Of The Damned; and Sten #6, The Return Of The Emperor. Finally, there's DEATHMATCH, which contains Sten #6, Vortex; and Sten #7, End Of Empire. Click on the highlighted titles to buy the books. Plus, if you are a resident of The United Kingdom, you can download Kindle versions of the Omnibus editions. Which is one clot of a deal! 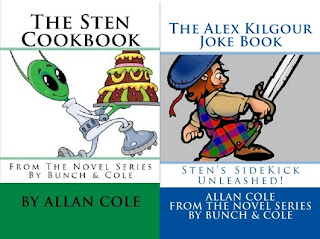 Two new companion editions to the international best-selling Sten series. In the first, learn the Emperor's most closely held  cooking secrets. In the other, Sten unleashes his shaggy-dog joke cracking sidekick, Alex Kilgour. Both available as trade paperbacks or in all major e-book flavors. Click here to tickle your funny bone or sizzle your palate. 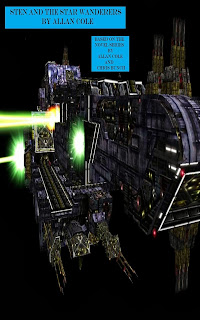